the streets been waiting for new music from queen badu, and today she gave the people what they want. check out the hotline bling remix from her new mixtape, but you caint use my phone.

have a great holiday weekend!

picture it. it’s black friday 2003, and wal-mart has dvd players on sale for $20. these were the pre-netflix days so a dvd player priced under $75 was a huge steal.  like dedicated shoppers across america, i woke up at dawn to rush my local wal-mart.

all hell broke loose when somebody’s uncle jumped on a stack of boxes and started throwing dvd players to nearby customers. i caught one like odell beckham jr. and ran for my life. you would have thought i was carrying baby jesus.

fast forward to 2015. not only do i try to abstain from shopping at wal-mart due to it’s anti-worker practices, but i’m also working hard to align my spending with my principles. with the murders of so many black men, women and children, i’m in no mood to celebrate a capitalist system that devalues black life.

this holiday season, my mission is to support black-owned businesses who deserve love year round. on friday morning, i’ll be shopping online from the comfort of my bed while eating leftover sweet potato pie. 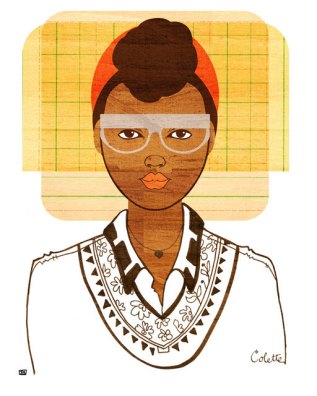 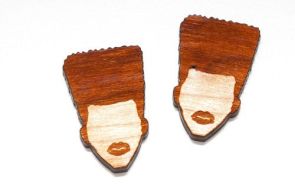 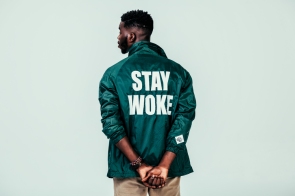 check out quirky brown love for a list of over 200 black-owned businesses. 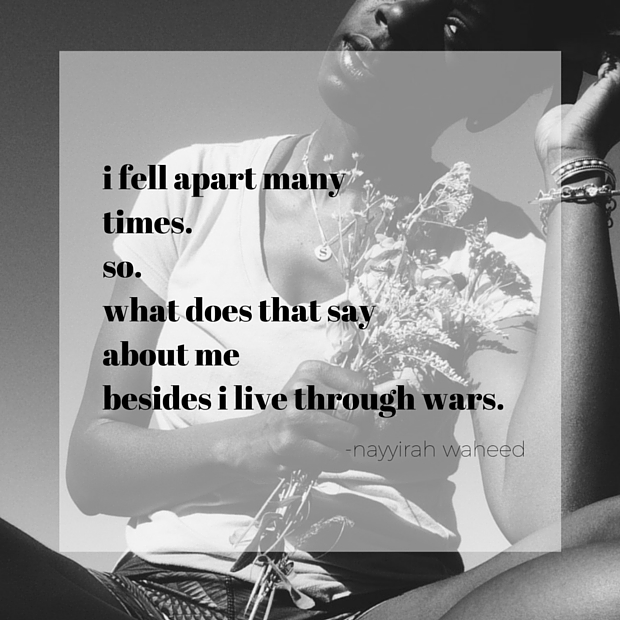 we’ve all been there. trapped in life/work/relationship/financial woes that make it difficult to get out of bed each morning — our lives feel like they’re not our own.  instead of chucking the deuces to painful experiences, we allow insecurities, financial needs or other challenges to convince us to sit front row at the “my life is a hot ass mess convention.”

we start to listen to the voice in the back of our heads telling us that we don’t deserve happiness:

healthy relationships are made for tv.

emotional well being is a myth made up by white housewives who wear $90 yoga pants and drink pumpkin lattes.

don’t believe the hype — happiness and emotional well being are real. but here’s the hard truth: if we want to experience them, we gotta get rid of the shit that weighs us down. 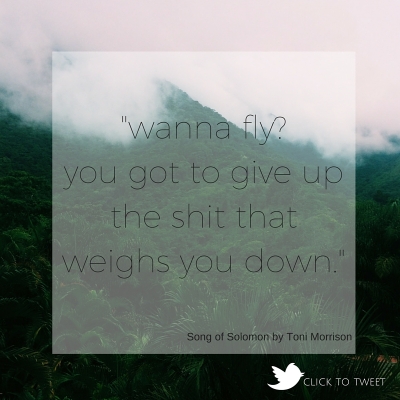 for years, i was convinced that my toxic relationships would get better. i made excuses for myself and my past partners’ actions to legitimize the pain and drama that had become a part of my daily life.

i know it sounds like a scene from mary j.blige’s “not gon’ cry” video, but one day i literally looked in the mirror and said no more. i wanted to be proud of myself. i wanted my little sisters to know there’s nothing they can’t overcome, no situation they can’t rise above.

if you’re like me, then agonizing over whether it’s time to quit your job, create boundaries with loved ones or end a romantic relationship is the worst part. i’m no therapist, but here are five signs that prompted me to stretch, lace up my nikes and run towards a better life:

i’m sending love and positive vibes to folks facing emotional hardships. while your burden may be heavy today, remember we have the power to live through wars.

join sister’s circle dc for our monthly meet up at calabash tea & tonic. sihnuu hetep is leading a yoga class that you don’t want to miss.

pic via black girl in om

burn some sage and vibe out to oshun nyc.

i hope your weekend has brought lots of peace.

simply calling jasmine my style crush isn’t sufficient. her wardrobe is beyond.  she’s more than epic style though — her blog, afia and jay, bridges the gap between fashion and career advice for millennials. check her out and fall in love. 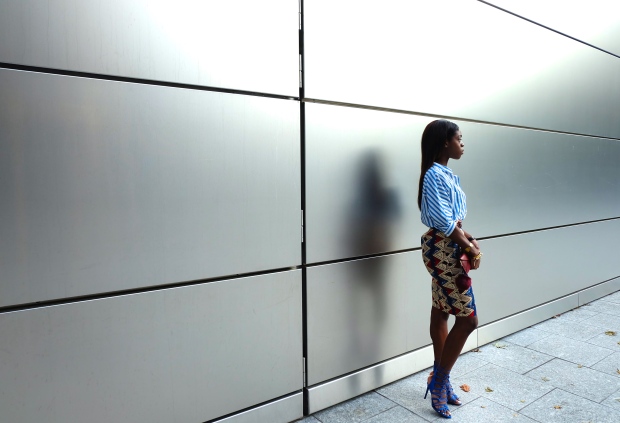 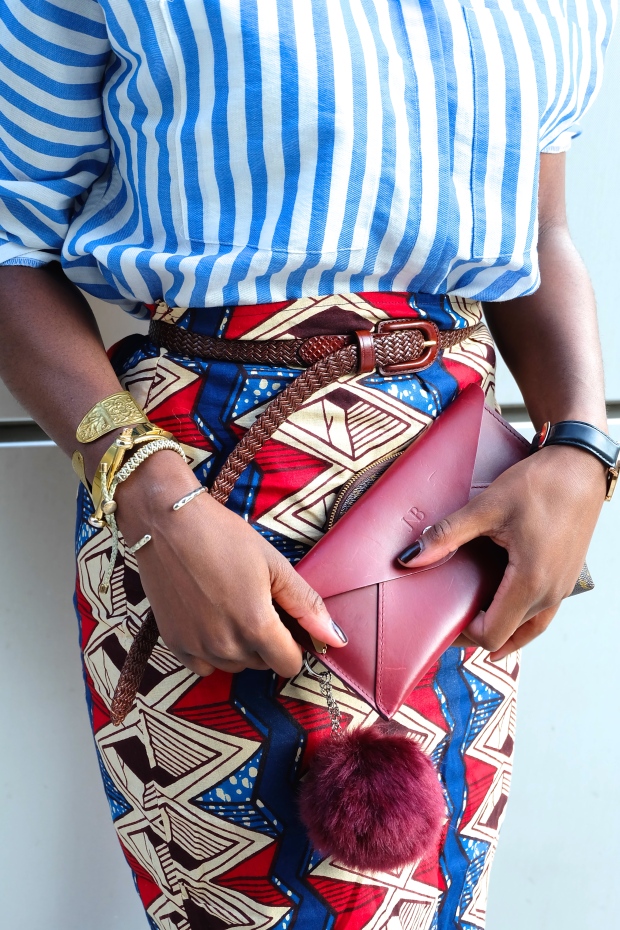 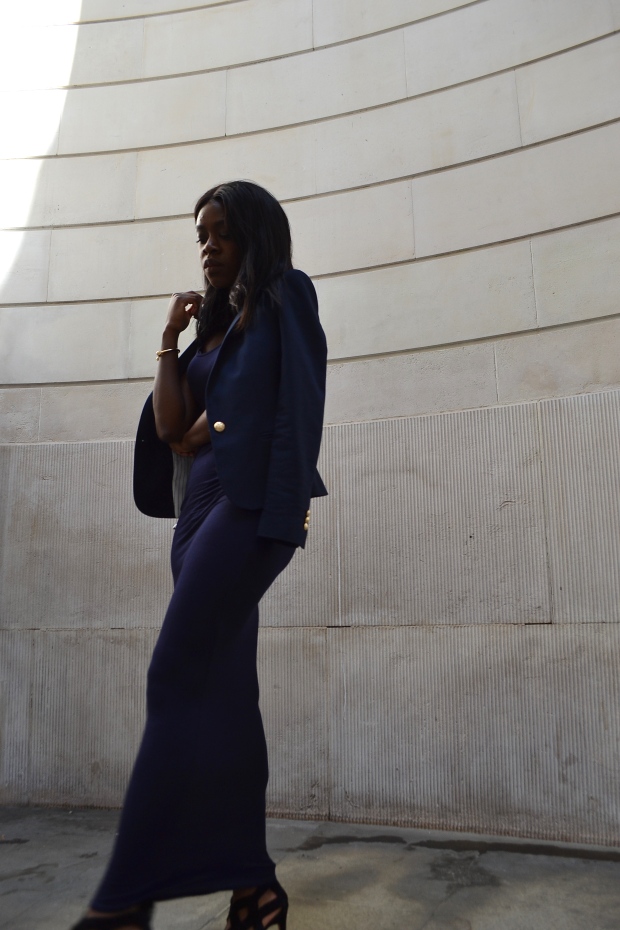 my sundays used to be filled with anxiety. all i could think about was work — the insecurities i’d released on saturday would climb my back like demons determined to steal my peace. much of my anxiety came from the fear that i was missing something or wasn’t performing up to par professionally. this fear forced me to obsessively brood over mental to do lists. i suffer from a type of self-induced stress that only people who’ve been told (and believe) they’re not good enough can understand.

i couldn’t keep navigating constant stress this way. not only was i fighting demons, but i was fighting myself. after a 30 day sabbatical, i believe now more than ever, that peace is mine to claim.

i marched into my sabbatical like it had stole something. armed with reading material, two scheduled trips, a major event to host and two family visits, i was ready to focus on me. or so i thought. it wasn’t until we returned from costa rica that i realized i planned way too much. it was 30 days, not six months, and my type a personality had made my sabbatical a project to manage, not an experience to explore. 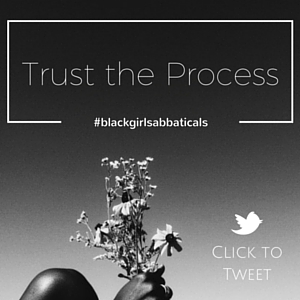 #blackgirlsabbaticals lesson one: trust the process.  dedicating space to self care is hard. be proud of yourself for taking the first step, but challenge your normal work habits to truly get the most from it. growth requires us to dismantle old habits and interrogate our current paradigms.

despite doing a lot to start, i wouldn’t trade the time i spent with my family for the world. i’m known as the hard to reach family member living a crazy (and weird) life far away from home.  i hadn’t realized how much that somewhat true distinction separated me from the ones i love.

i’ve missed the jokes, lazy days, family meals, softball games and more without knowing how much i’ve missed them.  being around family reminded me of these moments’ significance and how much i need home for comfort, healing and affirmation. #blackgirlsabbaticals lesson two: whether a person, place or thing, home feels like the safest place you’ll ever know. honor that place and turn to it often. 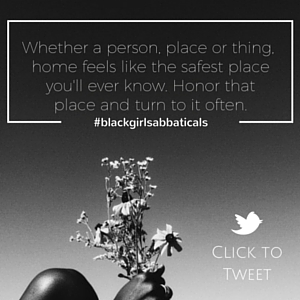 my sabbatical opened up suppressed feelings and gave me a sense of awareness that a daily grind can stifle. not only did i recognize how much i’ve missed my family, but i also recognized how quickly time is passing.

my cousins are growing up, my grandparents are getting old, shit, i’m getting old and long-term friendships aren’t as strong as i’d remembered. this realization wasn’t easy — it caused me to spend an entire day crying. reality was just too much. in the end, my tears brought a much-needed lesson about vulnerability and growth. #blackgirlsabbaticals lesson three: tears aren’t a sign of weakness. since birth, they’ve been a sign that we’re alive. 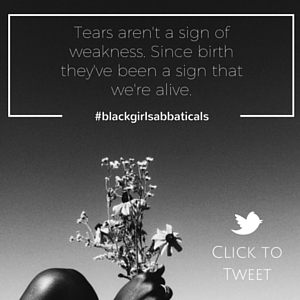 after 30 days off from work, i’m a little lighter, a little wiser and vibrate a little higher.  however, while i celebrate my growth, i can also recognize the professional and financial privilege that allowed me to take a sabbatical. in fact, this is the first time in my life that not working was a choice.

how can we support sisters who don’t have the privilege of taking time off from work, especially those navigating parenthood, poverty and toxic relationships? one systemic support is to join the national fight for $15, a movement calling for better pay and stronger benefits for underpaid workers.

politics & fashion is holding space for a self-care movement among black women. we all deserve to claim our peace.

A Guild for Creative Subsistence and Crafty Tomfoolery